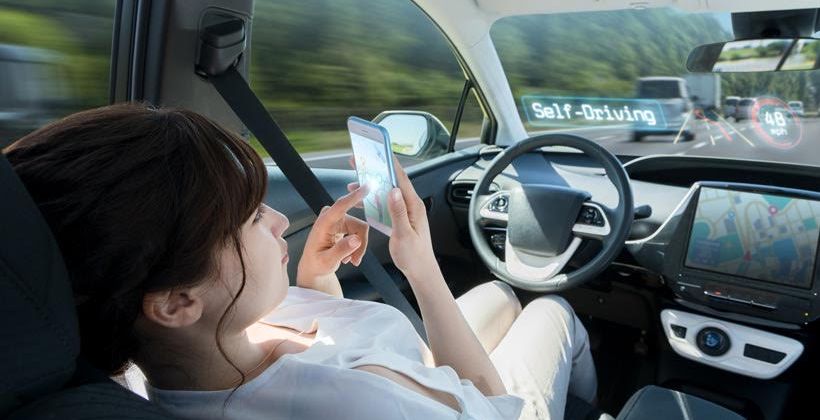 You may have seen the term “Self-Driving Cars” a lot more in recent times. Technology is reaching the point where we, as a human race, are no longer performing common daily tasks.

Instead, we are now handing these tasks over to our home devices. Smart phones, smart speakers, smart lights — every one of these devices are becoming smarter by the second.

Do they pose a danger to you? No, of course not.

But how about a smart car? A car that can drive itself.

Self-driving cars are now within touching distance for the biggest car manufacturers in the world. They are investing huge sums of money to create a car that does not need to be manually driven. Everyone working behind this future technology is working with the aim of making self-driving cars not just as competent of human drivers, but safer altogether.

In theory, this is a widely accepted position. If a car has the ability to read its surroundings with absolute accuracy and react safely to any hazard with no delay, then it already has a big advantage over human drivers. But how many lives could be at risk until that technological dream is a reality?

Benefits of No Driver Cars

80% of car crashes in the US are caused by driver error. With a hands-free car, a foolish mistake or moment of panic would not be made by these vehicles. They know the rules and stick to them. There is no delay. There would just be an instant response from the car to protect the safety of its passengers.

No need for driver’s license:

Traffic would become less of an issue. Cars would be able to read congestion levels, travel distance and route times in an instant. It would then be able to pick the best option that caused the least congestion and therefore less time sitting around wondering how much time you’re wasting.

Furthermore on the previous argument about road traffic, a person’s well-being would likely improve. According to recent data, people’s anxiety and blood pressure rose easily when they were stuck in traffic. Additionally, a nervous driver would be put completely at ease by the car lifting the responsibility from their shoulders.

Another big bonus? No more drunk driving. And be as distracted as you want, your car is driving itself.

No responsibility, less traffic. Everything would be set up for you to make the drive an enjoyable or productive time for you. What was once a long and daunting drive would now be a time to think, work or relax.

When a car is designed to be driverless, then there is no need for dashboard and suitable guage readings. The car takes care of that itself. The whole design of the vehicle would change, with much more room. This means that the placement of airbags and other safety precautions can be much better thought-out, with much more space for a designer to work with.

You can say goodbye to taxis and ride share drivers when self-driving cars hit the mainstream. They would not be needed in the future.
There is the opposite that automated vehicles would still create jobs, but it pales in comparison with wiping out a whole industry of employment. If taxis become automated, do they become more of a danger on the highway if something goes wrong?

How sure can driverless car makers be that their vehicle is utterly safe for the road? Think of how many different variations there are when driving and how different each drive is.

For example, the car is trying to turn at a 4-way intersection. An opposing driver, who’s right of way it is, slows and flashes you to come through. Does the car take this flash into account? The opposing driver might not know that it’s completely safe to turn. Any hesitation from your driverless car as it analyzes what to do? The opposing driver may then come forward anyway, annoyed at your delay. Does your car continue after that?

What about a group of schoolchildren that runs across at a bridge crossing? If the only available option of avoiding the kids was to drive off the bridge, would the car then make this decision?

There is not enough clarification from the developers about cyber security. If a self-driving car’s system is completely based on code, then it can be hacked. If someone wanted to cause some serious damage, even from the other side of the world, then this could be a reality, too.

The driverless car would likely want a bucketful of your data to hone its customization settings. Would you be comfortable with that? It is especially concerning given the new privacy concerns regarding Facebook’s recent misuse of data.

Would you ever be able to afford a self-driving car? There is concern among developers that due to Google and Apple’s involvement in the process and the serious investment that they’re both pouring into it, there will not be an affordable option. The market would be luxury-led.

Due to this, the future roads will be populated by both automated and manual drivers. Will this cause further difficulty for the manual drivers?

WHAT ABOUT CHILD SAFETY IN SELF-DRIVING CARS?

So far little attention has been given to the safety of children during the development and testing of autonomous vehicles. Safe Kids Worldwide created a Blue Ribbon panel to review what is happening and what needs to happen. They released a report suggesting actions manufacturers and regulators need to consider in an effort to keep child passengers safe in self-driving vehicles.

“Having the child safety community at the table during the development and innovation stages rather than after vehicles and features are in production will decrease risks and enhance child safety,” the report noted.

Some of the suggestions include establishing strong safety standards, knowing and allowing for best practice car safety seat and educating first responders and law enforcement.

CAN A DRIVERLESS FUTURE GUARANTEE OUR SAFETY & SECURITY?

There are very good arguments on both sides of the driverless vehicle discussion.

It’s a little eager to assume that self-driving cars can be ready for the roads in the near future. This would be the biggest leap in the world’s transportation system since flights were made commercial. It needs the biggest brains behind it and an avalanche of research and risks to consider.

There is still a race, however, to get driverless vehicles commercial. Many people state that these special cars are still a long way off from hitting the road. It’s safe to assume that if they are not classed as 100% secure by the suitable governing bodies, then there will still be constant delays.

We’ll just have to trust them when the time comes.