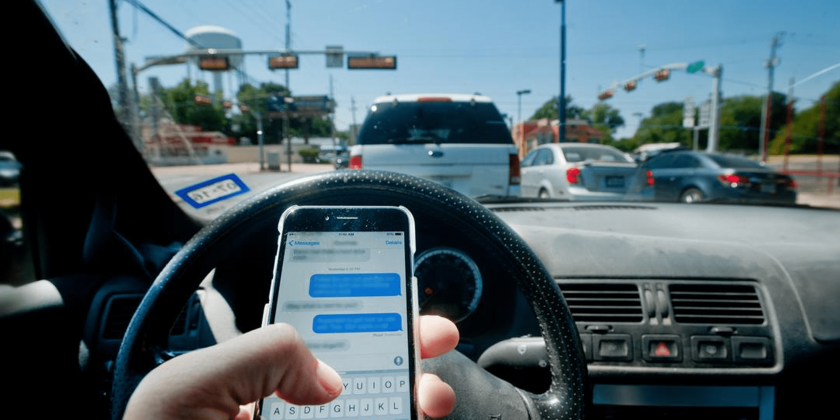 Josephine asks:    My best friend and I share a car. She is new to the City and constantly holds her phone while driving to check directions. When she is not doing that, she uses Spotify on her phone to listen to music through the car’s speakers. I love her dearly and don’t want her to cause or be in a crash. I have told her she can’t use the phone in her hand while driving. She claims it’s only illegal to hold the phone to talk or text. Is she right?”

Josephine, your friend’s understanding of the law is incorrect.

Before discussing the law, even if your friend’s phone use was legal, it is extremely dangerous. Over 11,000 drivers and passengers are annually killed or injured in traffic collisions involving distracted driving in California. And distracted driving is on the rise. Nearly 13 percent of the state’s drivers were seen talking, texting or using a cellphone in some manner during a study conducted last year by the state Office of Traffic Safety compared to 9 percent in 2015.

Taking your eye off the road for even a few seconds can result in a devastating crash. It takes 4.6 seconds to read or type the average text message. Just three seconds of driving at 65 mph is far enough to travel 100 yards, or the length of a football field.  Most crashes happen with less than 2 seconds of reaction time.

Using a hands-free device such as the speakerphone, an earpiece or ear buds, or the car’s communications system, does not make driving safe. In fact, research shows that headset mobile phone use while driving is not substantially safer than hand-held use. Drivers need to have their eyes on the road, hands on wheel, and mind on driving. It’s a myth that drivers can multi-task well. There is no safe way to make a call or text while driving.

Sandra, since 2011, it has been illegal to drive a vehicle while using a phone unless also using Bluetooth or other hands-free technology. (Vehicle Code Section 23123.)  Furthermore, drivers under the age of 18 years may not drive while using a phone even it if is equipped with a hand-free service. (Vehicle Code Section 23124.) Both statutes contain exceptions for making a call in an emergency.

California had another statute, Vehicle Code Section 23123.5, that focused on texting while driving. It was illegal to write, send, or read a text while driving unless the driver was using the phone with voice-operated and hands-free technology.

The statute was written before phone applications came into common use. Thus, it was legal to drive while scrolling through the phone’s music playlist, searching for nearby restaurants, viewing status updates on Facebook or reading a Twitter feed. In People v. Spriggs, 224 Cal. App. 4th 150 (2014), the appellate court found a driver did not violate Section 23123.5 in accessing and using a navigation application on his phone while driving.

The prior text of Section 23123.5 was replaced last year with a new statute that became effective on January 1, 2017.

It remains illegal to drive a vehicle while holding and operating a phone (or any type of “electronic wireless communications device”) unless it is “specifically designed and configured to allow voice-operated and hands-free operation, and it is used in that manner while driving.” (Vehicle Code Section 23123.5(a).)

The broad loophole in state law allowing drivers to access the internet or use applications while holding the phone in their hand, however, has been eliminated.

A driver may use his or her hand to operate a phone while driving only if (1) the phone is mounted on the vehicle’s windshield use in the same manner as state law allows for portable GPS devices to be mounted or is affixed to a vehicle’s dashboard or center console in a manner that does not hinder the driver’s view of the road; and (2) “the driver’s hand is used to activate or deactivate a feature or function of the handheld wireless telephone or wireless communications device with the motion of a single swipe or tap of the driver’s finger.” (Vehicle Code Section 23123.5(b).)

To comply with the law, your friend needs to buy a bracket and properly mount the phone in the car. Even then, she cannot enter an address into the phone navigation app while driving. She must do this prior to driving or pull over, stop driving, and then input the address. Likewise, she cannot actively use Spotify while driving. Instead, she should set her playlist beforehand and let it run.

Finally, I wish to reiterate, even though the new statute closes an important loophole in phone use while driving, it still best to turn the phone off or put it away while driving. Hundreds of thousands of serious injury crashes occur across America each year due to drivers distracted